Attack on Titan has to be one of my favourite animes (not that I’ve watched a large number of them), losing out to Dragon Ball Z of course. Characters like Mikasa and Armin made the show enjoyable, so it’s safe to assume that I am excited for the upcoming video game adaptation of the show, Attack on Titan: Wings of Freedom. To add to this, I was also given the opportunity to ask Omega Force (the team behind the AoT game) some questions regarding their upcoming title, Attack on Titan: Wings of Freedom.

DYEGB: Whereabouts in the anime’s timeline will Attack on Titan: Wings of Freedom be set?

OF: This game covers the anime’s first season.

DYEGB: In terms of graphical detail and visuals in general, how true does this Attack on Titan: Wing of Freedom keep to the anime?

OF: The anime was referenced for the character and Titan designs and shading. On top of that, we wanted a graphical depiction that can only be seen in a game so we aimed for a fusion of realistic and anime-like design.

DYEGB: Seeing as the show has seen an english dub, will the game follow the same suit or will it just be english subtitles?

DYEGB: What is there in terms of character development/progression? Will there be some sort of growth like an RPG?

OF: Yes, there are character growth elements in the game, but since we wanted to stay faithful to the manga, we’ve limited the growth of the characters on purpose.  For example, if Armin levelled up to the extent that he could withstand continuous damage from a Titan, I think that would greatly disappoint the manga fans. 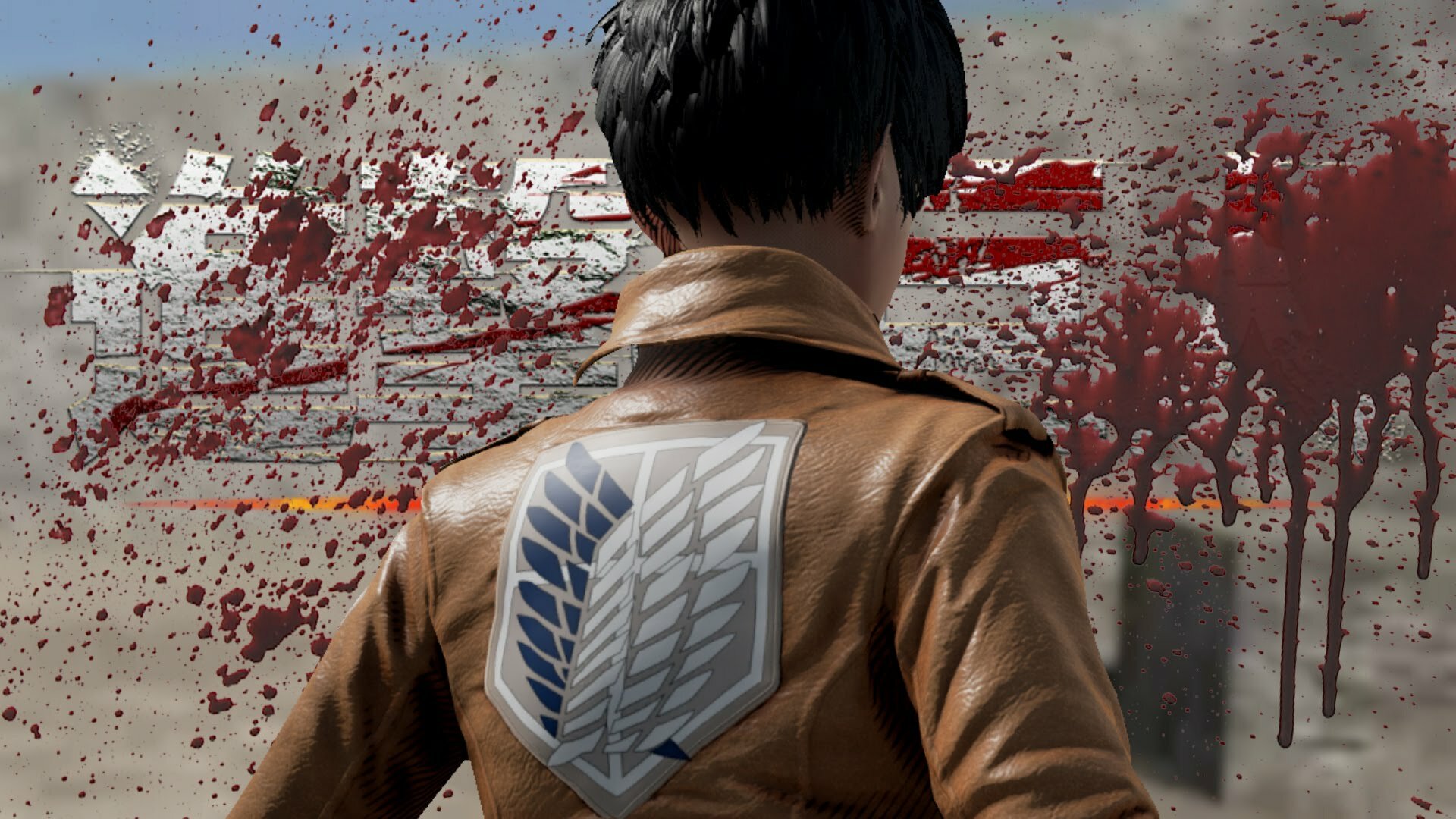 DYEGB: Will there be skill or perk trees?

OF: It is slightly different than a skill tree, but we have implemented elements where each character gains skills as they progress.

DYEGB: Given that you are basing the game off the anime series, there are a lot of characters that need to be implemented in the game. Obviously Eren Yaeger will be there, what other characters should fans expect to see as playable characters in the game?

DYEGB: Are players able to explore inside the walls, and in each district?

OF: The game features battlefields not only within the Trost District, but other districts and areas inside and outside the walls as well.

DYEGB: Are players forced to play each mission consecutively or will it be like an open-world game, where you can do side missions instead of just focusing on the main quest-line?

OF: While it isn’t an open-world, there is a main base camp and players will depart on various battles from there.

In addition to the main quest, NPCs will request you to complete side-missions from the camp.

OF: Yes, players can combine materials gained from the battlefield to create new equipment. In addition, existing equipment and materials can be combined to modify or fortify equipment.

DYEGB: Will there be room for any kind of expansion or sequel to the game?

OF: Currently there are no plans.

DYEGB: How long has Attack on Titan: Wings of Freedom been in development?

DYEGB: At what framerate will the game run at?

My level of excitement for this title is fairly high given how much I loved the anime series, so I am eagerly awaiting August 26th to get my hands on this awesome looking game!

Do You Even Share, Bro?
Attack on Titan koei tecmo Omega Force Wings of Freedom

Jordan Garcia
Jordan lives and breathes Dark Souls, even though his favourite game is Bloodborne. He takes pride in bashing his face on walls and praising the sun. Hailing from the land of tacos, he is the token minority for DYEGB.

Win A Copy Of Nights of Azure For PS4

Dragon Quest Heroes: The World Tree’s Woe and the Blight Below Gets New Trailer

Pokémon GO will definitely kill you. Will it be in one of these scenarios?

Tune in or get rekt

Platinum’s Games: The Standouts and Disappointments

Prey for the Gods Goes On Kickstarter

Go back it, right now!

Evolve Is Now A Free-To-Play Title

You won't have to spend your money on Evolve, only your time

Which star will get your vote?

DOOM Is This Week’s PSN Deal of the Week

Tickets to Hell are on sale this week

For the glory of Egypt

Is Blizzard’s Twitter Teasing A New Hero For Overwatch?

More justice raining from above?

Get Trials of the Blood Dragon For Free On PC

Git gud to get it for free

We Talk Attack on Titan: Wings of Freedom with Omega Force

We ask questions regarding the scout regiment focused game.

Gul’Dan Enters The Heroes Of The Storm PTR