CI Games have today announced a special pre-order bonus for PS4 and PC players. The Polish developer and publisher revealed that all PS4 and PC Sniper Ghost Warrior 3 pre-orders will come with the game’s season pass at no additonal cost. While this is a generous gesture from the Polish outfit, it is a little strange that there was no mention of Xbox pre-orders receiving the free season pass.

CI Games’ CEO, Marek Tymiński, had this to say when announcing the deal via the game’s official website blog:

We have a long-term investment in our community and believe that this season pass is a huge value to them.

The content within the season pass has variety to it, and we’re committed to provide support and additional content throughout 2017 for our largest game to date. The major part of the edition will be the single player campaign ‘The Sabotage’. This is one we’re quite proud of where players will follow the story of the separatists and experience everything from the other side of the conflict making the story more being in the grey zone than black and white.

The edition will be known as the Season Pass Edition and the season pass will include the following: 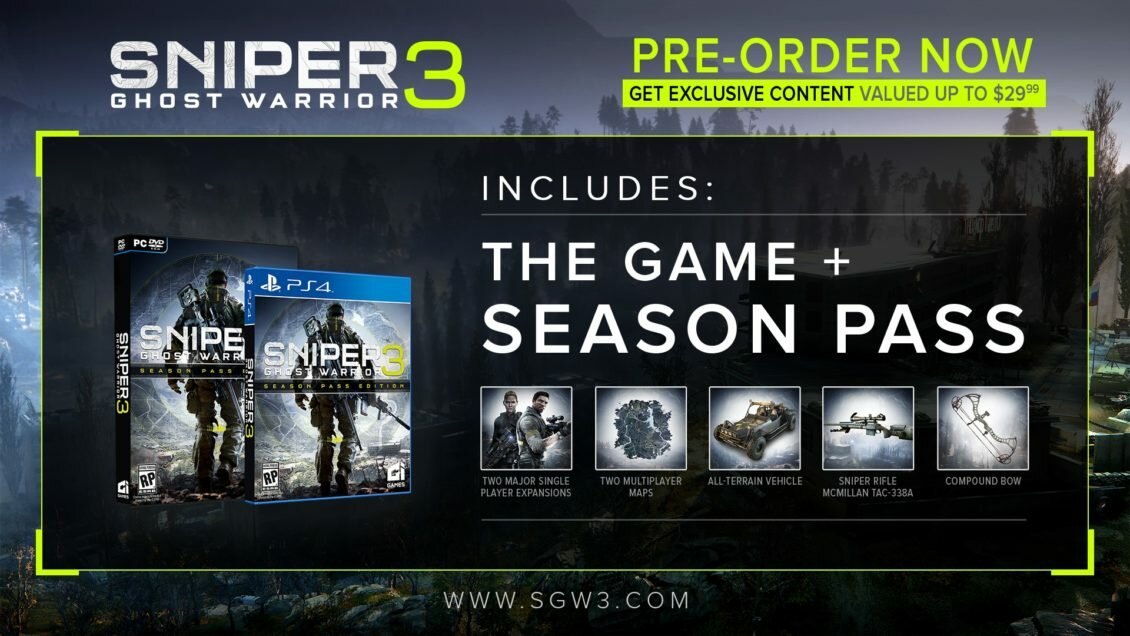 Sniper Ghost Warrior 3 will release globally on April 4 for PS4, PC and Xbox One.

Zach Jackson
Zach developed his love for gaming thanks to the Capcom games of yore, and as such has a penchant for the survival horror genre. He also has a proclivity to buy games and never play them, which has lead to one of the largest backlogs known to man. Outside of gaming he occasionally writes tap-delay riffs for his musical project, the midnight bloom and is an ardent sports fan that supports the San Jose Sharks, Carlton and Burnley FC. Get around him on Twitter @xackclaret