There’s no denying that we live in a hypersexualised world. Growing up in the 90s without extensive internet, my first brush with pornography came after finding an old battered mag in a busted tyre at an abandoned train station (stay classy, Bombala). Nowadays in our ultra-connected always-online society you can’t swing a virtual cat without hitting some form of smut.  Many will be familiar with Rule 34: “If it exists, there’s porn of it – no exceptions.” The advent of the Internet and the vastly increased accessibility to sexually explicit material has also trickled down into (or is at least reflected in) everyday life. For instance, a brief perusal of Channel V’s content will likely show a huge percentage of female pop artists selling not only music (if it can be called that), but battling to see just how little they can wear in order to get your attention and buy their beauty products. So where does virtual reality fit into this?

A few Japanese VR games have already toyed with straying into this territory, and one that instantly comes to mind is Bandai Namco’s Summer Lesson. One aspect of this game allows you to interact with a young, attractive Japanese schoolgirl in her room, with the flimsy pretext of ‘tutoring’ her. This smacks of being incredibly dodgy, but is obviously a means of engaging in a popular fantasy. But what responsibility do we take for our digital acts? As a 31 year-old male, if I were to immerse myself in this flirtatious tutoring sim then am I not engaging in acts that are the prelude to something akin to statutory rape? I’m not saying this game will go any further than just flirtation, but morally it’s nevertheless a very dicey situation. This is also likely to be just the tip of the iceberg too, as we know that both creators of games and porn are always looking to push the boundaries; you need look no further than games like Grand Theft Auto, Manhunt or Dead or Alive Extreme Beach Volleyball for evidence of that, and I’m sure a quick Google search will reveal there’s a lot of fairly crazy porn out there too. The Japanese in particular have a very different perspective of sex in video games, and there are a slew of games in Japan that would be considered morally reprehensible to our more conservative western sensibilities. VR games that contain sexual material are a relatively unknown quantity so far, but I believe we will soon find ourselves in the wild west of a new industry where the enhanced interactivity with these experiences will raise more than a few concerned eyebrows. 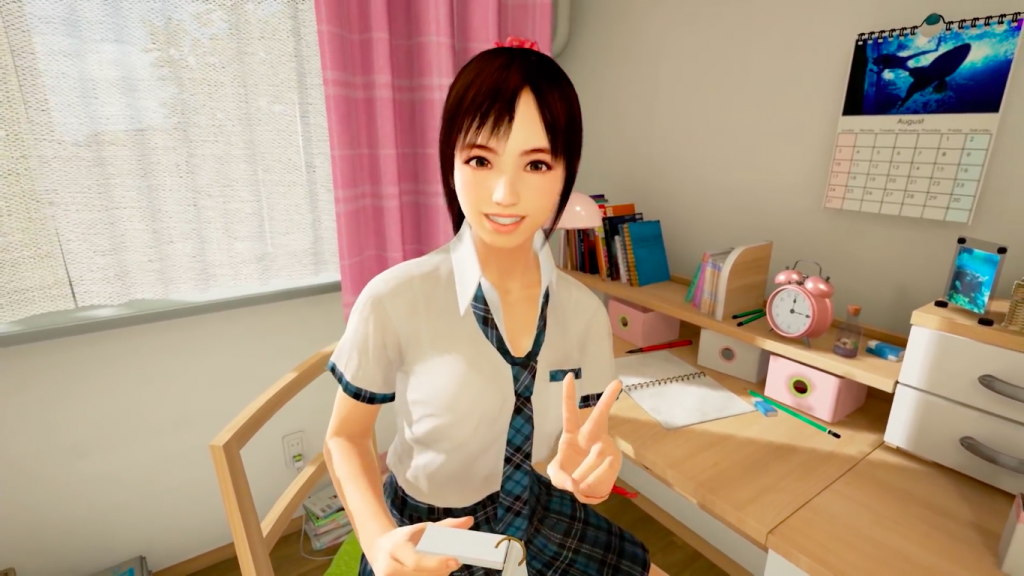 Moving away from pornography, what about other types of morally grey acts? For instance, video games and violence have gone hand-in-hand almost since gaming’s conception, and I personally quite enjoy games (and films) that feature stylish hyper violence. While I’ve always said that a good game is like a good book or film, the participatory nature of our medium is what sets it apart. I played (and enjoyed) Manhunt, but what if something like Manhunt were to make its way to VR? Would you be able to suffocate a virtual character with a plastic shopping bag while punching them in the head using Move controllers and a VR headset? Another scene that springs to mind is the torture scene in GTA V. I’ll be honest, despite my predilection for hyper violence, this scene actually made me physically ill. I was forced to engage in something that felt way too real, choosing my tool of torture and then performing QTEs to seal the deal. I have been openly lambasted for being a detractor of that particular scene, as many claim that it is simply a confronting way of conveying the game’s satire. Whatever you think of it, would you be able to play something similar to that scene in virtual reality? Asides from the moral question, should such an experience even be legal? Again you have to ask the question: What responsibility will we ultimately have to take for acts committed in a virtual reality? I’m of the firm belief that violent video games (in the classic sense) do not in and of themselves make violent people, but I’m not sure I can say the same about VR video games. VR’s very purpose is to emulate reality and trick your brain into thinking it’s real; the line between fantasy and reality is supposed to be blurred. Psychologically I think there will be some fundamental impact if you were to engage so intimately with violent virtual acts. 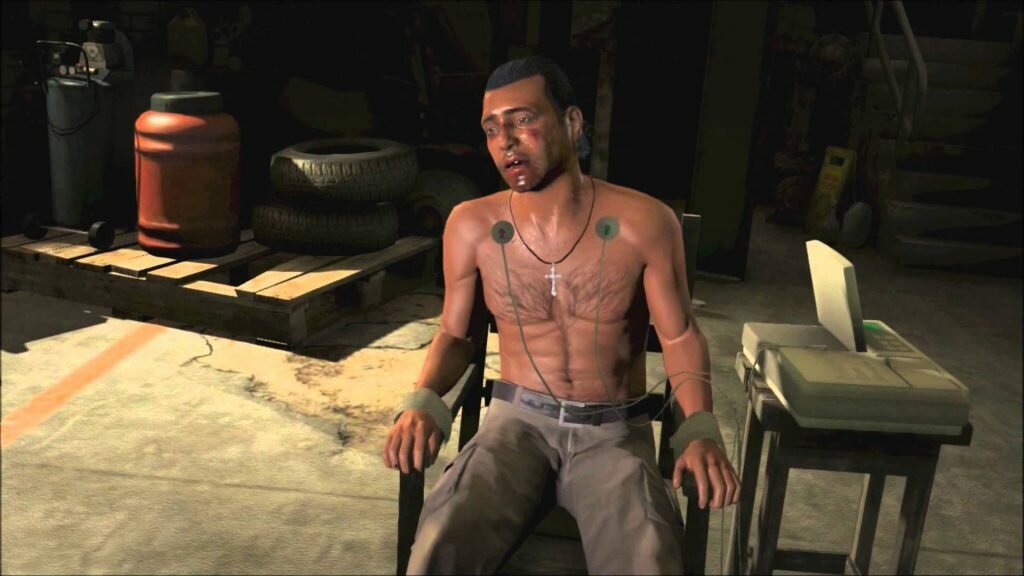 Will we ever see a VR version of something like this?

The VR industry is still in its infancy, and only time will tell the sort of content we eventually see for these devices. I do believe that on this frontier we will be faced with fundamental questions as to what we as a society deem as acceptable acts in the virtual reality space. Video games will once more be in the crosshairs of conservative society that sees them as gateway for the promotion of amorality and violence. VR has the potential to completely change the way we view and interact with entertainment, let’s just hope it’s mostly for the better.

Do You Even Share, Bro? Share on FacebookShare on TwitterShare on Google+
50 shades of morally grey dyegb pornography Summer School VR

Kieran Stockton
Kieran is a consummate troll and outspoken detractor of the Uncharted series. He once fought a bear in the Alaskan wilderness while on a spirit quest and has a PhD in organic synthetic chemistry XBL: Shadow0fTheDog PSN: H8_Kill_Destroy

We Talk Asemblance With Nilo Studios

Players Are Wasting Their Time in The Division’s Midgame

Hail to the king baby

YoRHa and the machine

The Division – Expansion II Survival Out Now On PS4

Everybody wants to rule the world

Don't let these titles slip under your radar

This latest Crysis proves that Crytek is a Far Cry of its former self, but can they Ryse again?...

Kick of the new year with some Killer titles

Tracer is gay. People are happy, People are angry - Yet, the world continues to turn.

What was that noise?

Tis the season for Chocobo hats

Get some space shrimp on your space barbie

Who's got the magic answers?