Pokémon Go is still exerting its stranglehold on every owner of a mobile device ever, but it appears that the game is now starting to leak into the fabric of reality itself. Now obviously the game does have its ‘augmented reality’ component that allows you to take sweet pictures of the Pidgey that you captured in your kitchen, but I am referring to something a little more real than that.

Sure, plenty of people have ventured from their homes and discovered a newfound love for their fellow man or woman, as places of social gathering have started to see a real swell of – well, social gathering. 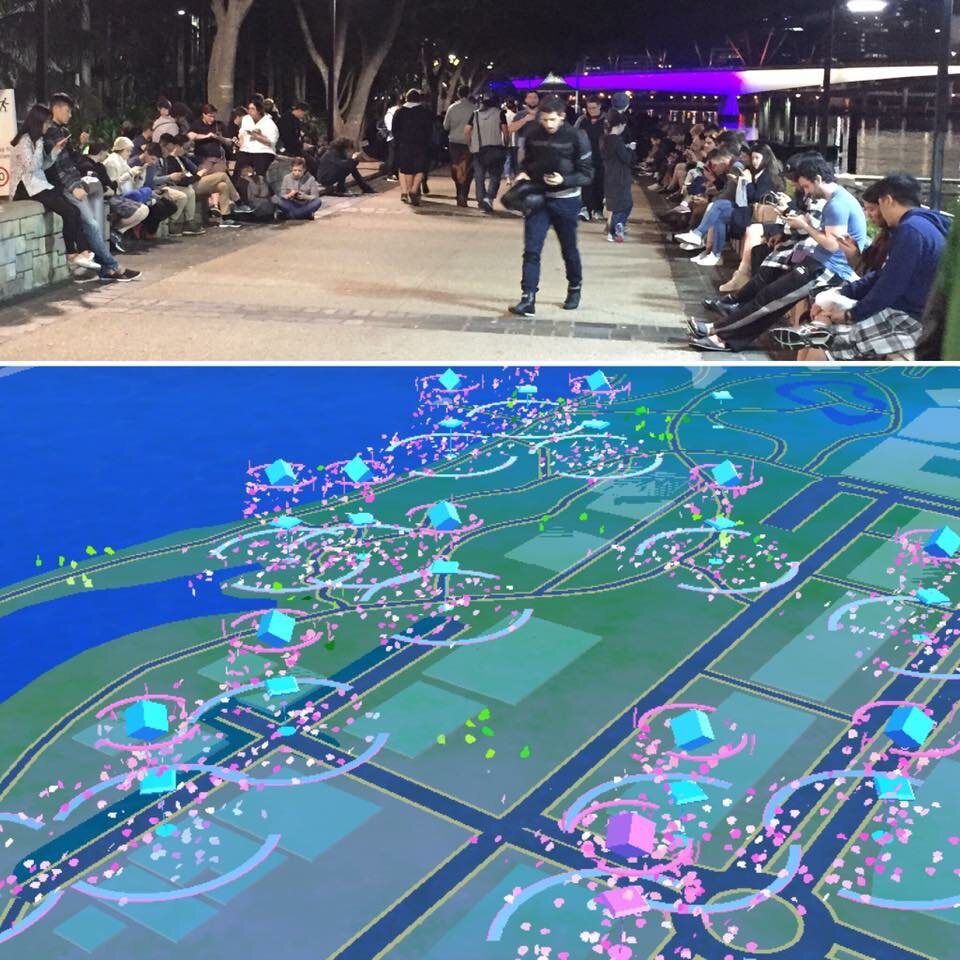 A little closer to my home however, the cold and windy city of Launceston, a local landmark has been upgraded to show some team pride. For those that aren’t in the know on Pokémon Go (all 11 of you, I am sure), at level 5 in the game you get to choose a team to represent. These teams are Team Instinct (the Yellow team), Team Mystic (the Blue team) and Team Valor (the Red team). 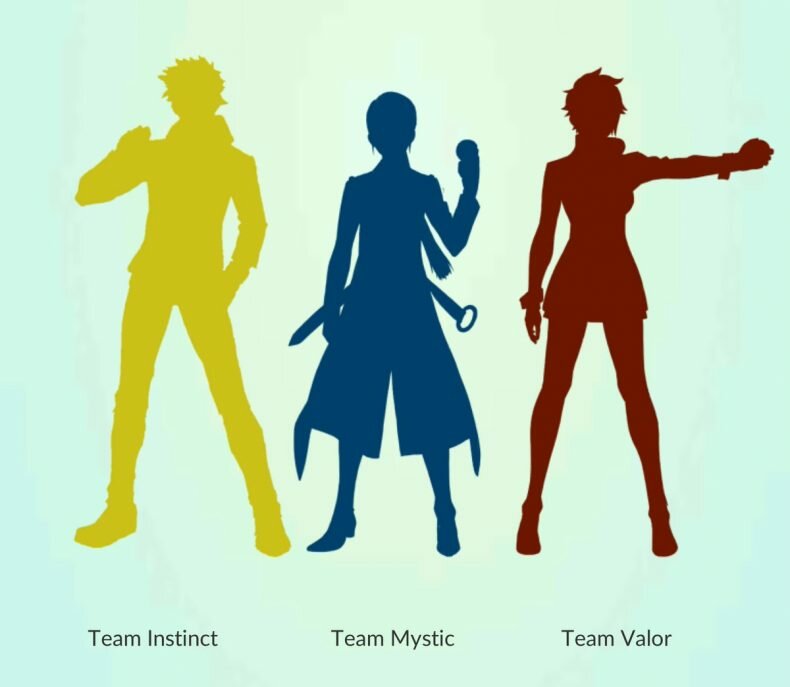 Once you pick your allegiance, it’s time to get out there and show the world by conquering Gyms and changing them to the colour of your team. Of course, this then means the other teams can see your handiwork – and likely work together to undo it. Where do Gyms crop up? Almost anywhere. Landmarks in most towns and cities will likely end up a Gym, with historical buildings and churches a hot contender to become the battlegrounds of today’s youth.

How does this relate to buildings in Launceston? Well a particular heritage-listed building has been equipped to take the bragging rights of the conquering team just one step further – By illuminating the entire building with the winner’s colour.

The heritage-listed church is known to look like this: 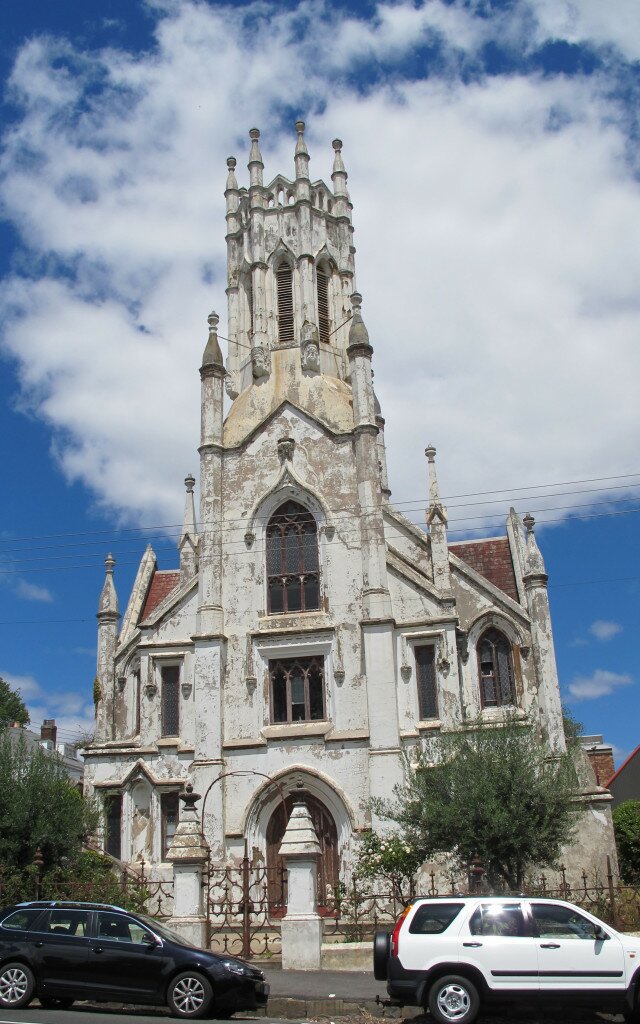 However following the victory by the Launceston team of Team Mystic, the church has now taken on a far more ethereal look: 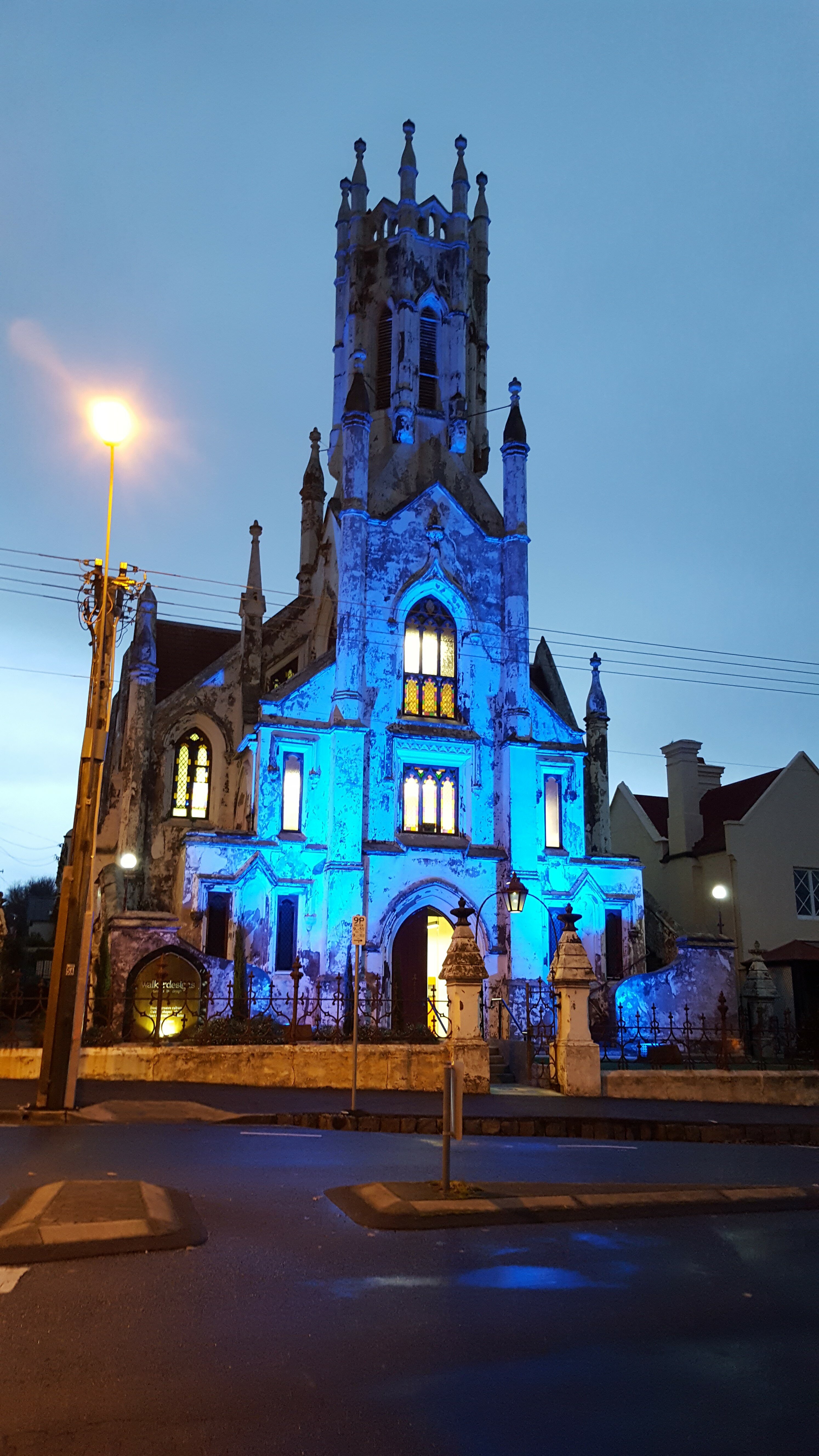 The effect is done by the use of some powerful spotlights, and some coloured gels to get the victory hue just right. 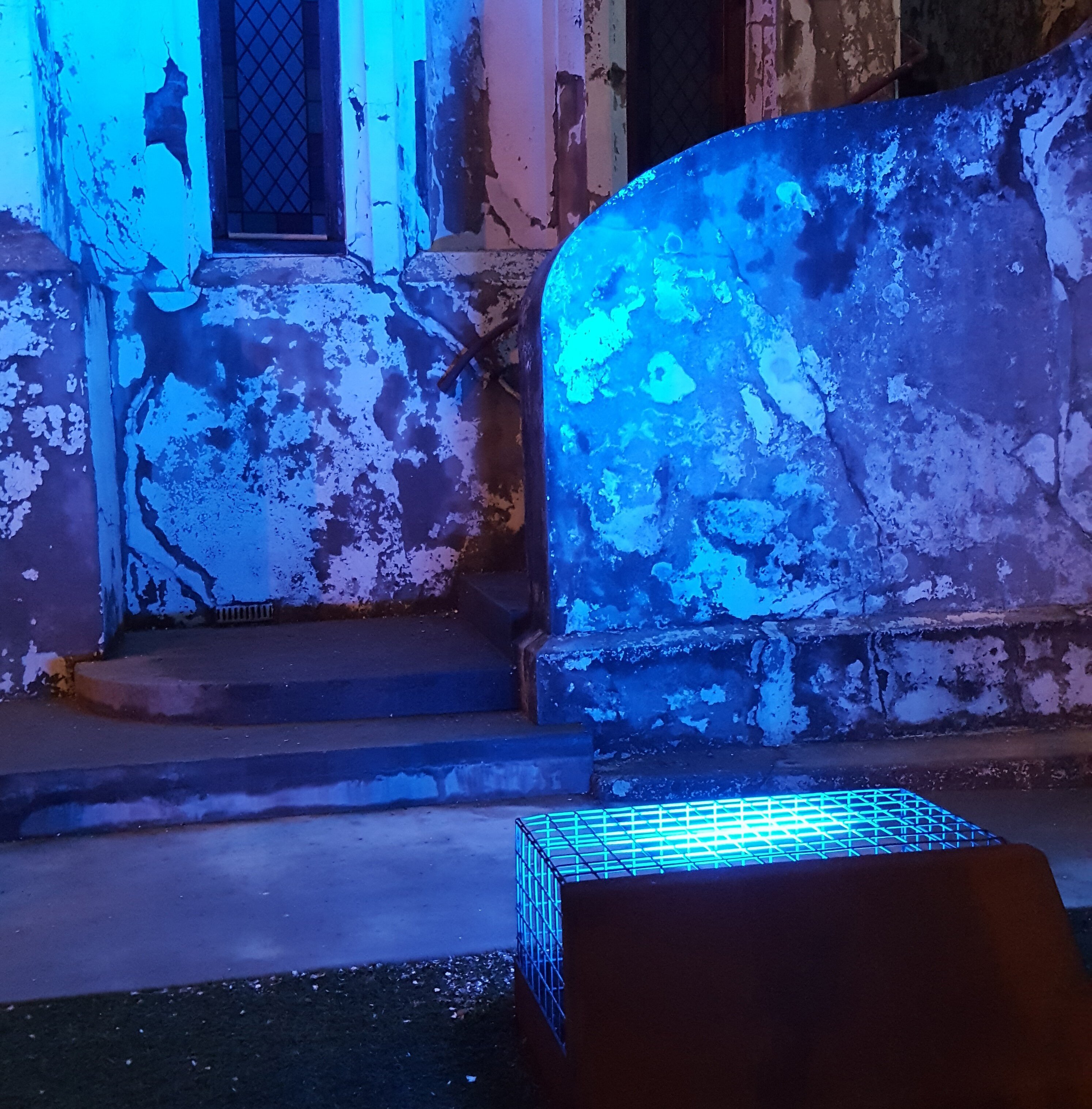 And how did the come to pass? Well the current occupants of the church are not actually men of the cloth, rather they are men of a creative nature. 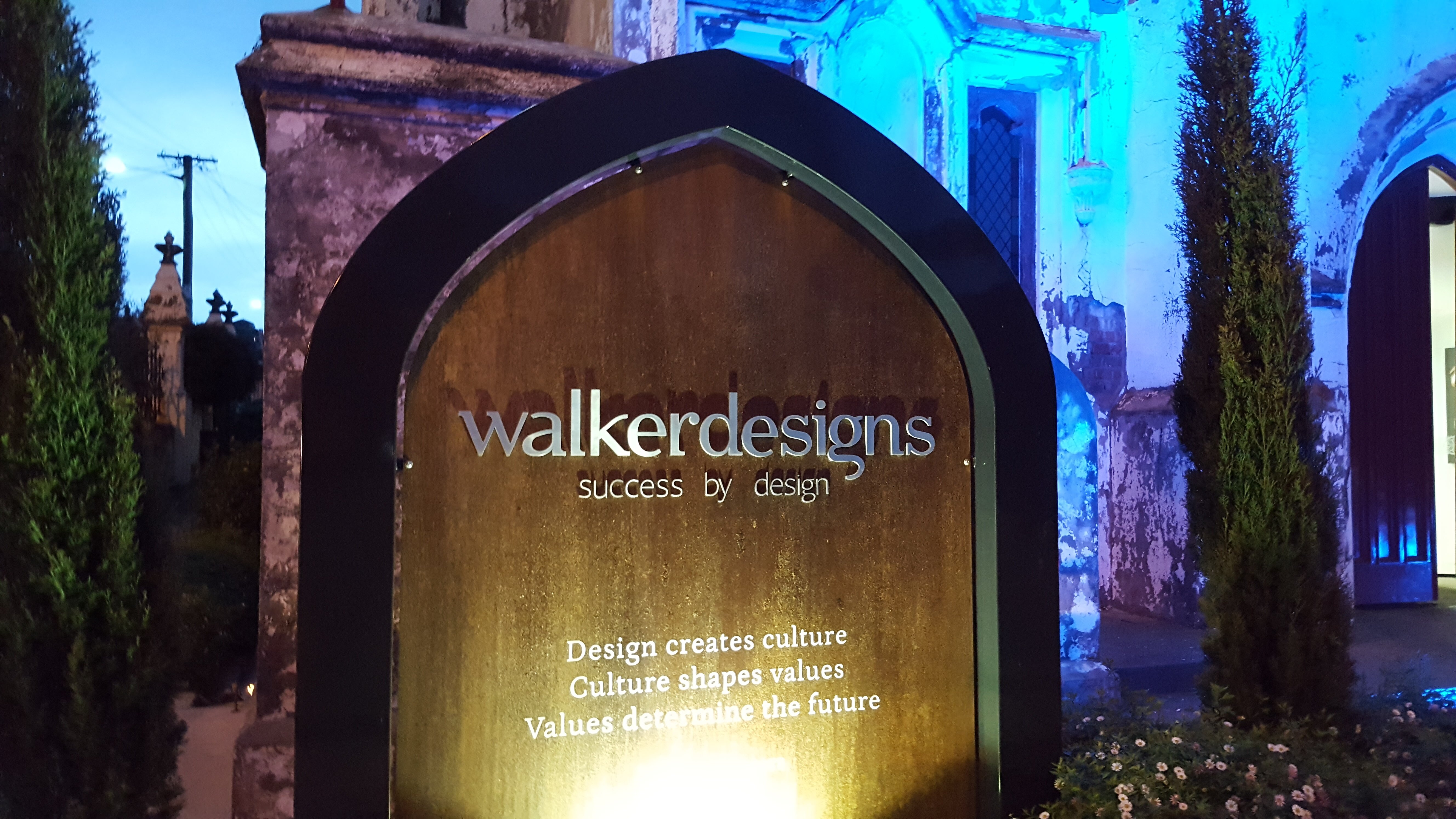 A long time business in Launceston, the renovation of the church was a big event for Walker Designs, as many people questioned why the exterior remained in its weathered state. Honestly I don’t see any problems, because if you see the building after the sun has started to set… 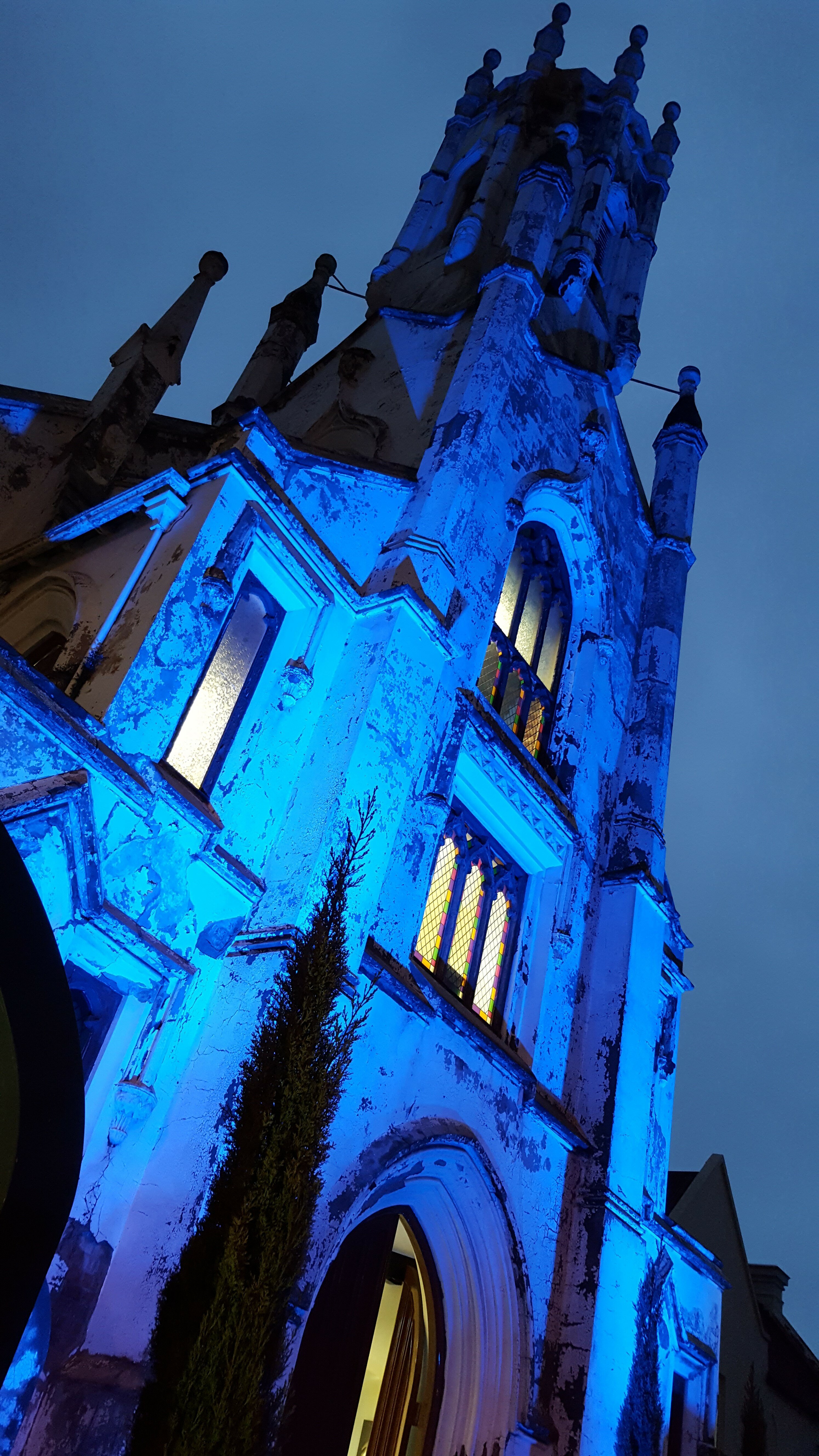 …you’ll probably feel a swell of pride if that was your team colour.

It’s a fantastic staple of the Launceston Pokémon Go community – however it has arguably put itself in the crosshairs as being the most desirable Gym in the local area- if only because the bragging rights are far more substantial. At the time of me departing my workplace today, I was happy to see that the Gym had actually been toppled and taken over by my team of choice, Team Instinct- so I look forward to seeing that sweet, sweet yellow soon enough.

A Day with Pokémon Go

Konami Profits Up 159% And Counting

No One Cares If You Hate Pokémon Go

The Nostalgia Box is an experience not to be missed!

The NES Is Back. Kinda

Plenty of tasty digital treats for everyone

Evolve Rises From The Ashes

Mad Max Is This Week’s PSN Deal of the Week

Fight across the wasteland for 73% less this week

Face The Danger In WRC 6

Pedal to the metal and dirt and snow

What Makes I Am Setsuna Something Special

For glory! for victory! for both!

The juggernaut just keeps it coming

Gul’dan Enters Heroes Of The Storm

The ever so subtle darkness incarnate enters the Nexus

What if you could show everyone in town you were the best Pokémon trainer?