If I live to be a merry old man, I will take great pleasure in telling random people on the street about the time that Nintendo wined and dined me, all in a desperate bid to get me to like them. As I am not a weird old man yet – wandering the street in my undies, accusing people of owing me money – I will instead tell you, dear reader.

My relationship with Nintendo is complicated. As a whole, it’s positive, but there is a deep scar of negativity towards some of their stranger decisions over the years. For every thrilling Mario Kart win there is some niggling functionality choice that sours my opinion, and means that whenever someone asks me how I feel about Nintendo I have to shrug and say “Ehhh” to avoid launching into a diatribe about all the little things that, for lack of a better term, give me the shits.

So my invite to attend the Nintendo Switch Hands-on event in Melbourne felt at some level like a peace offering – and in some ways, it was. I tarted myself up and arrived with my cohort for the day (Professional Nintendo Fan TheAaronLeigh) at The Melbourne Convention Centre, to be greeted with an offering of wine and an invitation to browse Nintendo’s console history. 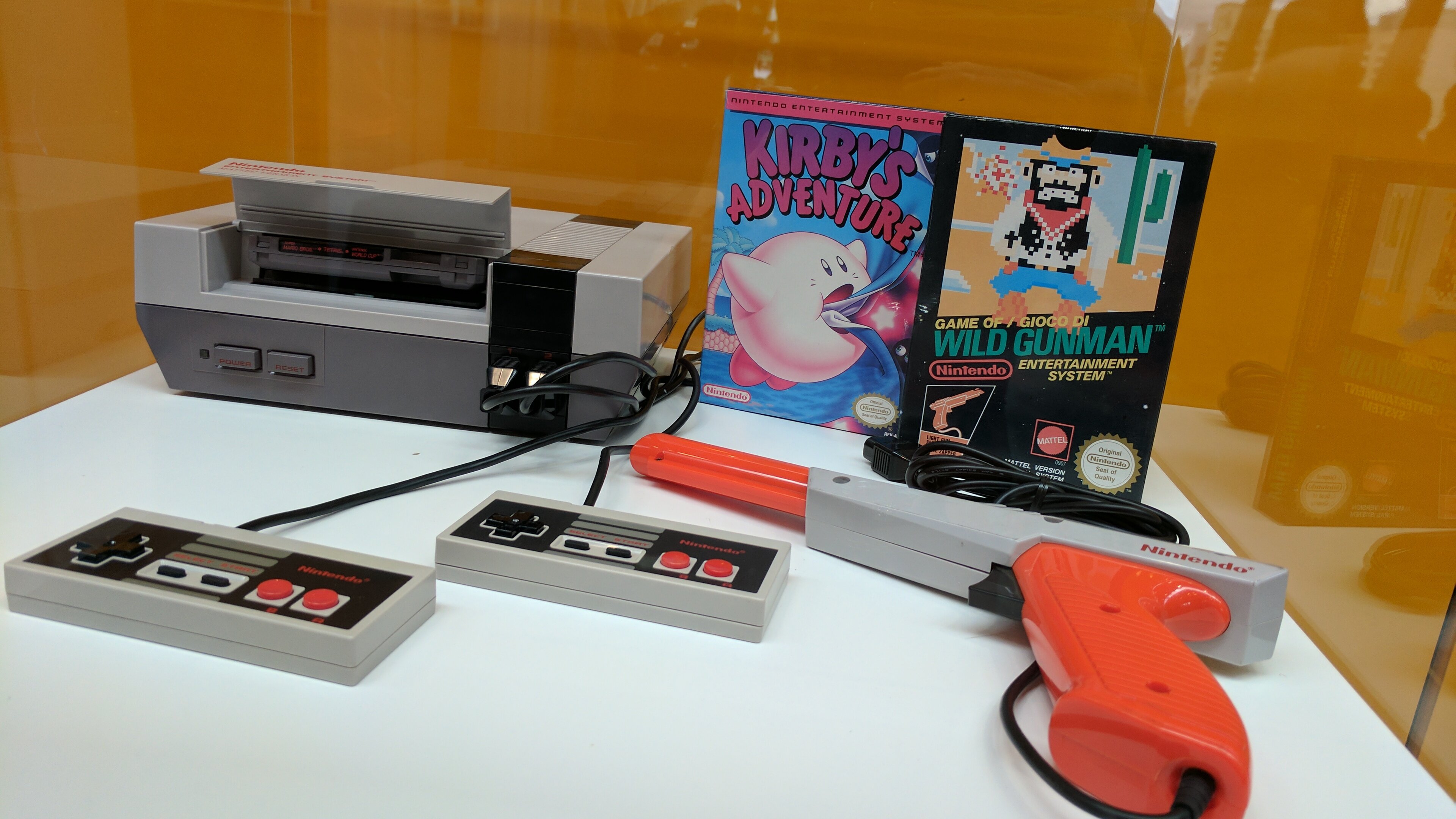 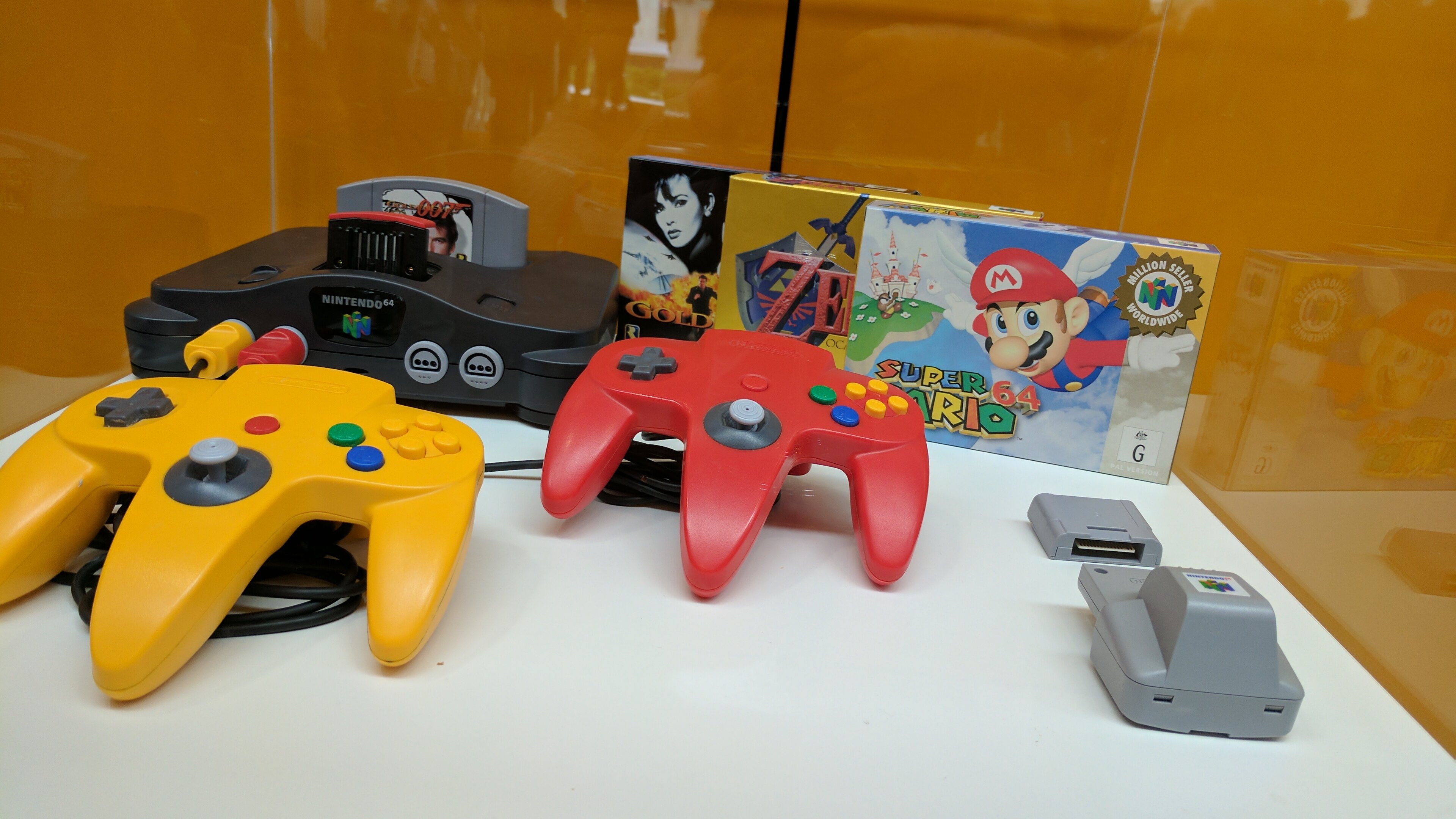 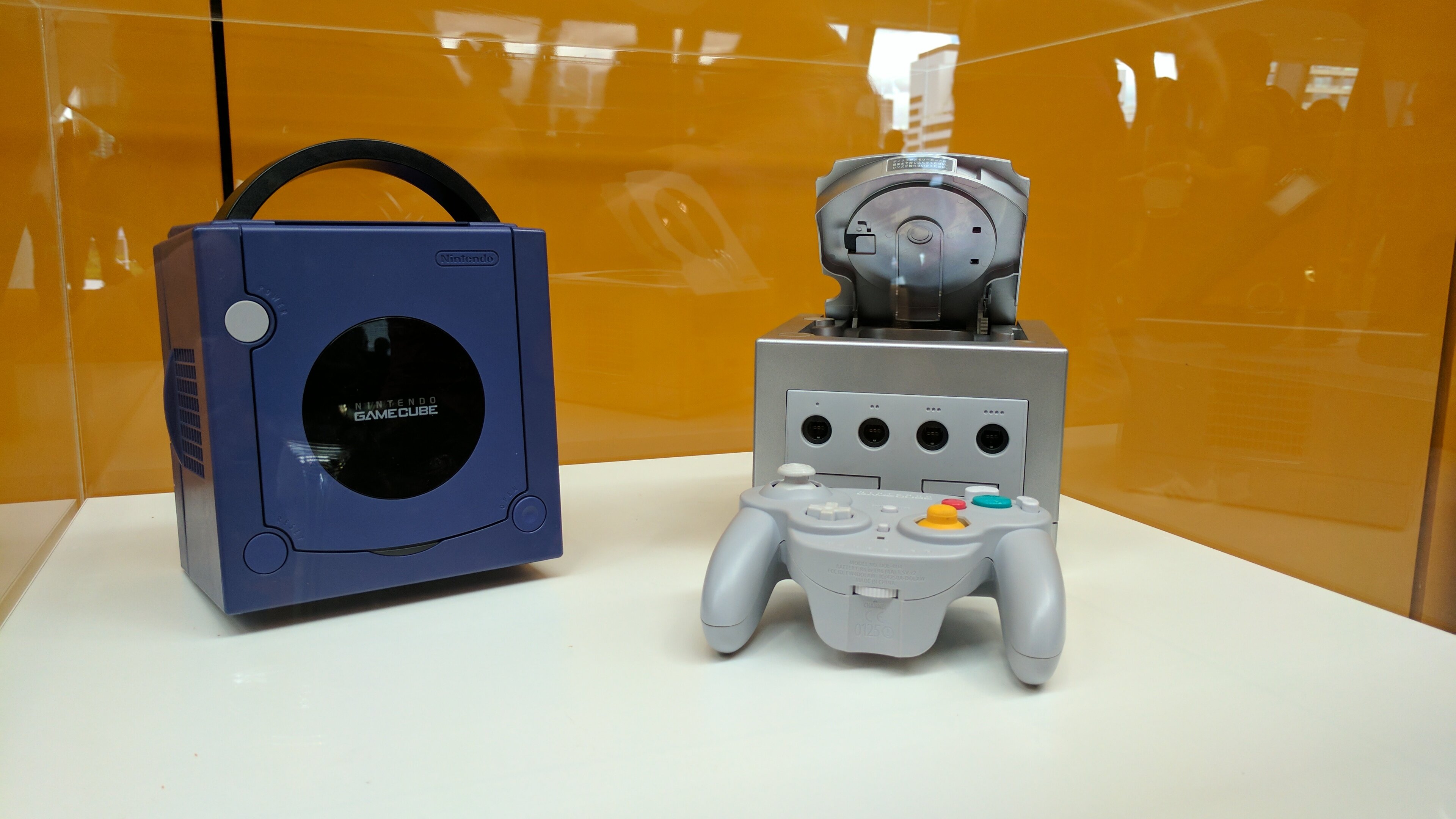 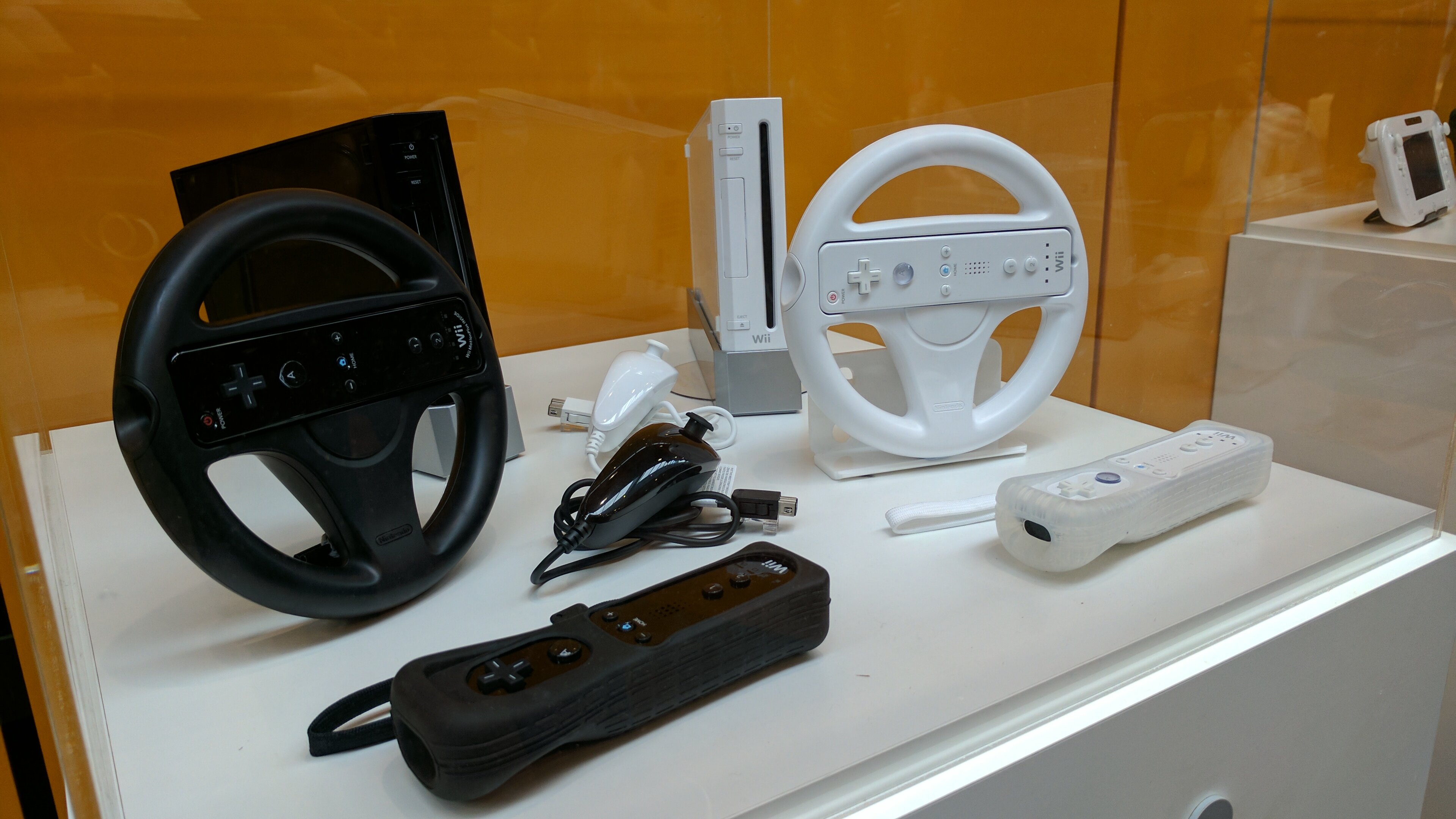 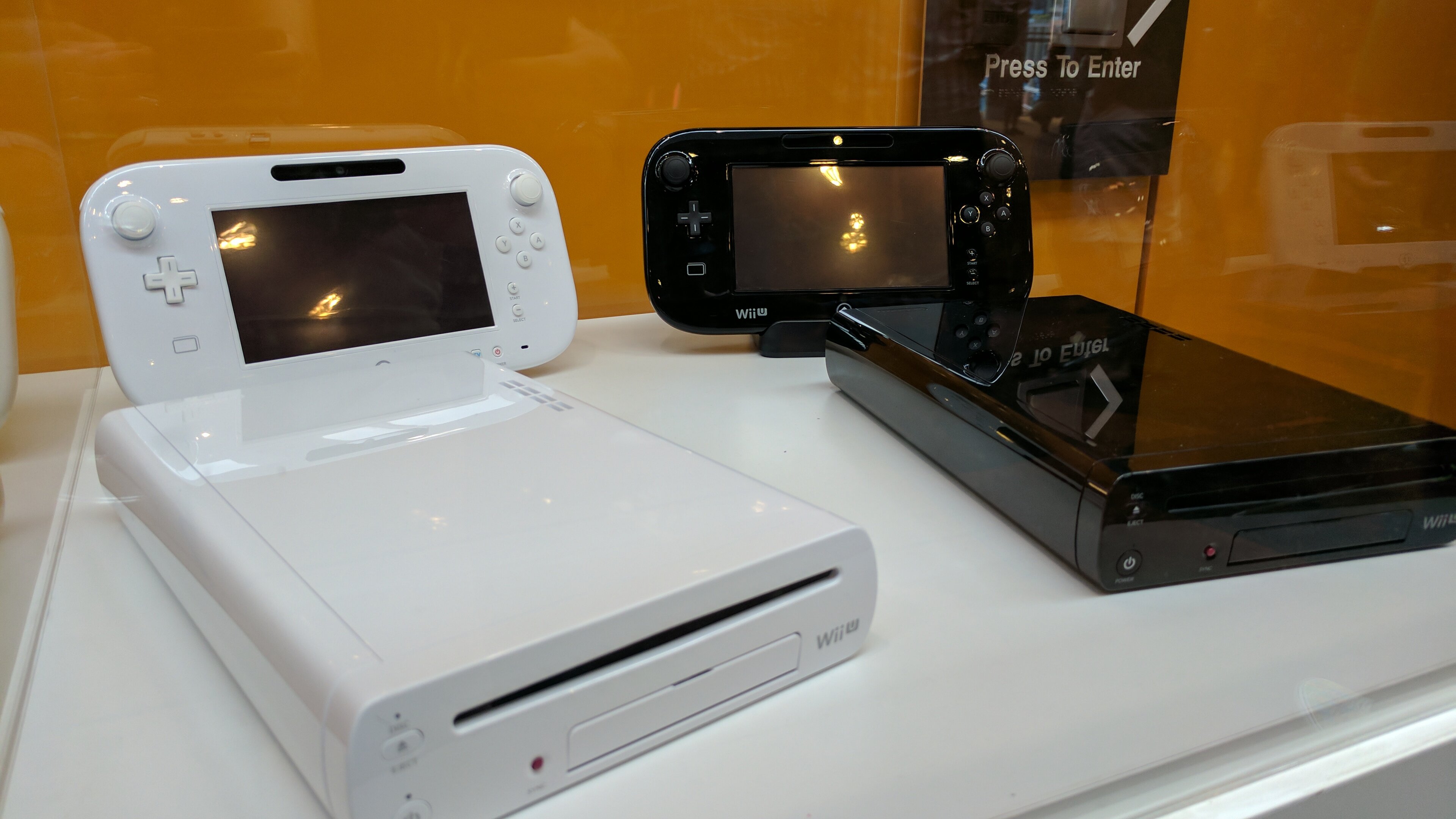 This little trip down memory lane was more than enough for me to feel like a kid again, remembering the intense fun I had with my brothers playing the N64 all those years ago. However my Nintendo hackles quickly rose when I got to the Wii U cabinet, lamenting the console’s middling success.

Luckily before I could entirely devolve into a grumpy bastard, the doors opened and we fortunate few were herded into the lobby of the Switch demonstration area, for a quick presentation by one of the exceptionally chipper Nintendo Helpers on staff. She recapped the details we knew so far (price, release date) and then showed us the Switch Software Showcase video, to give us a brief idea of what awaited us on the demonstration floor proper.

She then took the time to assure us that there is a lot of 3rd party support awaiting the Switch, a hot question on the tip of all tongues present. You don’t need to be an expert to know that the Wii U suffered terribly due to lack of support – so hearing a representative of Nintendo placating those fears bode well. My cynical Nintendo heart grew at least two sizes hearing this news.

With this done, we were unleashed upon the Switch Demonstration floor. A wonderland of booths, huge screens and enthusiastic Nintendo helpers cranked the hype meter far higher than I was ready for, and all decorum was lost. Aaron and I bee-lined for the Splatoon 2 booth, knowing full well we wanted to be first on it. Splatoon was one of my favourite games of 2015, and the sequel is a 1080p, 60fps smorgasbord of gooey gunplay that left me thrilled, regardless of how badly Aaron had spanked my inky bottom (seriously, I suck).

Aaron is the hipster inkling.

I had whet my appetite for the Nintendo Switch, and hadn’t even scrutinised the controller or the system in any real capacity. Seeing a game running at that quality had piqued my curiosity, and I found myself wanting to drag a more analytical eyeball across what the system was capable of.

This is where it got a little weird: Zelda – Breath of the Wild. The game was neither 60fps, nor 1080p, but it was still absolutely gorgeous to watch in motion. This was also my first opportunity to un-dock the console and play in portable mode, and the switch (geddit?) between TV output and tablet mode was seamless and responsive. The game remained beautiful to look at, even on the smaller screen – and I delighted at the prospect of being able to grab n’ go on a particular segment of the game if I needed. I found myself doing the usual Nintendo reaction dance: Sure, it isn’t as grunty as other systems, but who cares, it’s still fun and pretty enough. But part of me wondered, after seeing Splatoon 2 running at such a gorgeous level – was Zelda suffering because of its past development as a Wii U title? Perhaps, but it still irked me.

Even Link got his hands on the Nintendo Switch

My time with the Joy-cons revealed that they were actually smaller than I had anticipated. That, or I have freakishly large hands. I went out of my way to play a wide variety of the games on offer to try and get a feel for how they behaved, and was positive with the result. Finer control was well within my grasp for titles such as Sonic Mania, whereas the staple gameplay of Super Bomberman R felt natural enough. At times I did find myself longing for a proper d-pad option, but given the very deliberate design of the Joy-con as a smaller and simple to access controller, I understand why that wasn’t really an option. Admittedly, I was never in a position to play a game long enough to experience any form of muscle fatigue or cramping, but they didn’t feel uncomfortable in the time I spent with them.

Suitably enough, we were informed that the best way to experience the Switch’s more gimmicky components (The infra-red, motion controls, HD Rumble) was to make our way to the centre area – a hexagon of micro-rooms, each housing a different mini game and windowed to allow passersbys to laugh at the goings-on. I won’t drone about motion controls but it can be summed up thusly: they are good. Great even. Exactly what you would expect from a new-age system in 2017 promising motion control. The infrared? Sure, it works. That leaves HD Rumble.

HD Rumble blew my mind, mainly because I had never encountered something like that before in my life. The physical emulation of something within the controller – The mini game demonstrated this by tasking Aaron and myself with guessing ‘how many marbles are inside the controller’. To do this, we take the Joy-con in our hands, and can tip and roll it to feel the balls moving within it. I must reiterate, there were no balls inside the controller, just sophisticated technology emulating the feeling. Even when I took the Joy-con and shook it like a spraycan, I could feel those bastards rattling around in there.

How will this translate to enriching a person’s gameplay experience? I have no fucking idea. Like so many Nintendo-ish gimmicks, it’s amazing on paper, but in practice I just don’t know. I can say that I am interested to see where it goes, as we live in a world where VR is finding more and more purchase around us, something that can simulate a weighted feeling such as this may have a promising future should the technology develop further.

The rest of my time in the ‘Switch Play-pen’ was a mix of exploring games, scrutinising player experiences and eating lavish snack foods. I spoke to many Nintendo helpers, and though they answered what questions they could, the questions they could answer revealed little we didn’t already know. Though the Switch has been formally ‘revealed’, we still know next to nothing of its online functionalities (asides from the nebulous and worrying announcement of a ‘smartphone app for voice chat’) and what kind of framework we can expect for digital content – a massive topic of ire for many Nintendo fans (I really am sick of buying the original Megaman games).

But what of my impressions of the device? After three hours effectively living in the Land of Nintendo, how do I feel about the Switch and the toll it might take on my future?

I find myself with more reasons to own a Switch than reasons to avoid it – the positive demonstrations of the product did a lot to sway me. Graphically, it might not be shaping up to be some kind of 4K, retina-destroying monster, but seeing reliable 1080p and 60fps on more than an isolated occasion was pleasing enough for me. I can even excuse the Zelda weirdness, given the Wii U development debt being paid on the title. Even the odd controller setup and utilisation of the Joy-cons remind me a great deal of some of the funnier N64 options for controller-sharing (seriously, look up the 8-player control options for the Micro Machines title on the system, it was a hoot) and the real underlying design principle is allowing a group of people to jump in quickly and play together – the social aspect that Nintendo remains devoted to (with good reason).

My only real concern is that the common consensus I see from Nintendo is based around their statements that ‘The Switch is a home console with the option of being taken portable’, which communicate an air of discouragement to people considering it to be ‘truly’ portable in nature. Even on the day, Nintendo helpers used examples like ‘pull it out and play with your friends during your lunch break’ or ‘finish a hard level on your morning commute’ rather than actually playing a game in its entirety. I understand that this console is not a successor to the 3DS, but it does make me question whether the portability of the console is fast being defined as ‘this generation’s gimmick’.

As a successor to the Wii U, I am happy to share this particular opinion: Good riddance to the Game Pad / Second Screen functionality. What originally seemed to be a unique leap forward in the realm of game interaction quickly revealed itself to be a massive burden to developers. It effectively killed a lot of multiplatform opportunities as many development houses likely found themselves in the hard position of figuring out either how to use it in any meaningful way, or chose to just ignore the Wii U entirely to escape the burden of angry users asking why it wasn’t being utilised properly. The Switch, in this regard, shows a great deal of promise for a foundling developer thanks to the fact its ‘gimmicks’ (if I can even call them that) should be fairly manageable. A drop in graphical performance when toggled to portable mode should be relatively accessible, but honestly it’s still a wait and see situation.

Everything We Know About the Nintendo Switch

Guess you could call this a real time interview

Overwatch – Year Of The Rooster Event Is Coming

Now that is a legendary Mei skin

Less than a month from release

Who knows what they have in store for us?

Enter for your chance to win, stranger

Xbox One to receive a trial later

Sniper Ghost Warrior 3 Will Have A Season Pass

Get more bang for your buck

I heard it was a hit, man

What We Learned From 2016: A Retrospective

New hardware, death threats, broken games and promises were all the rage in 2016

Get the Mountain Dew and the Doritos ready

Be careful out there, stranger

A partnership with Feardemic was also announced