Originally revealed at E3 in 2014, Hunt: Horrors of the Gilded Age is a free-to-play, third-person, four player co-operative shooter. It is set during the nineteenth century and features randomly generated maps. The game was being developed by Crytek USA, a team that was largely made up of employees from the now defunct (thanks to THQ) studio, Vigil Games. It was said to be a spiritual successor of sorts to Darksiders and featured many gameplay similarities as a result. A closed beta at the end of 2014 was also announced during the E3 reveal, however that never took place.

So what has happened to the game since E3 of 2014 (June)? Why has it fallen into oblivion and why have Crytek almost forgotten its existence?

Shortly after E3 of 2014 there were whispers of financial troubles at Crytek, with employees not being paid and walking out on the company. These rumours were subsequently denied. However, shortly after these concerns were brought to light, the company parted ways with the rights to the upcoming sequel Homefront: The Revolution, selling them off to publishing rival Deep Silver. The majority of the employees from Crytek UK are still working on Homefront with the newly opened Dambuster Studios, also owned by Deep Silver. It’s ironic in a way seeing that Crytek themselves acquired the rights to Homefront’s sequel after THQ went down the gurgler.

This wasn’t the only change that Crytek were making, in July it was also said that they were doing some internal restructuring. This involved the closure of the USA branch as a development studio, which had been working on Hunt. The USA presence would still exist, but only in an engine support capacity. Thankfully the game wasn’t abandoned and the development, we were told, would continue at the Crytek Frankfurt studio.

But since then it’s basically been radio silence on the Hunt front. The only worthy announcement was the delay of the closed beta back in December, 2014: “We’re sorry we missed this Fall’s hunting season! Back in June we announced plans for our upcoming action game “HUNT: Horrors of the Gilded Age” to enter closed beta testing late in 2014, and we wanted to share a short statement on why that hasn’t happened. Over the summer we moved development of the game from Austin to Crytek’s headquarters in Frankfurt. That obviously had an impact on our scheduling, as did some new ideas we’ve had to make the game even better and build on the positive feedback we received at E3 2014. We hope that we’ll be able to share more about HUNT soon, and we’ll be working hard to make sure it meets the expectations of everyone who signed up for the closed beta in anticipation of our originally announced date. Thank you for your interest in the game, and for your patience as we continue to work on it!” 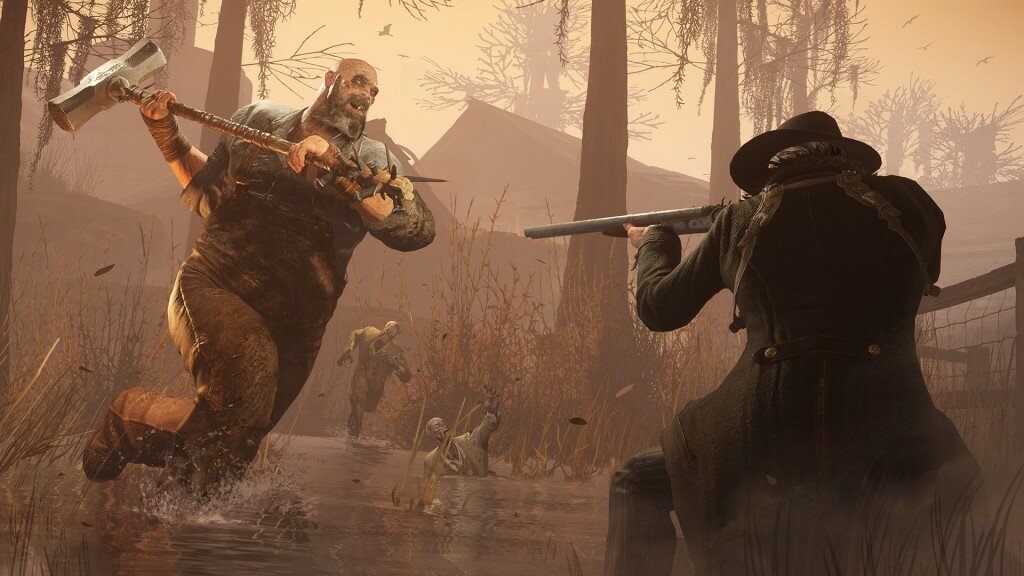 Fast forward seven months and there has been no further word about it. Scouring the Internet high and low has yielded no results. So is the game even in development still and if so, why the silence?

It pains me, as this game along with Homefront: The Revolution (I know how to pick them), were two of my favourite three game reveals from that E3 conference. The only concern I have (aside from whether the game actually still exists) is the whole free-to-play rubbish and I hope, in the name of Leon Kennedy (God), they drop it. Free-to-play games are usually littered with microtransactions and pay-to-win insinuations, and as much as Crytek say they want to produce a AAA quality game with Hunt, it just won’t happen if it’s free-to-play. Why? Because money, that’s why. AAA games are expensive to make, but you can at least reap some of the money back through pre-orders, retail/digital sales and the unnecessary and overpriced, but totally awesome collector’s editions. Free-to-play has none of these securities, you have to hope that old mate looks at their character and wants to upgrade features or looks, or make the game so grindy that people are inclined to pay to progress rather than spend one thousand hours killing boars in the forest. Supposedly with Hunt, Crytek said that: “players who want to will be able to pay for things like cosmetic accessories or experience buffs.” How lovely.

I spoke to a representative from Crytek earlier this year and asked them when we would hear any news about Hunt, they replied simply – “this year”. I further pressed and asked whether the game would remain free-to-play, only to be informed that they would be sharing details about the games business model at a later date. 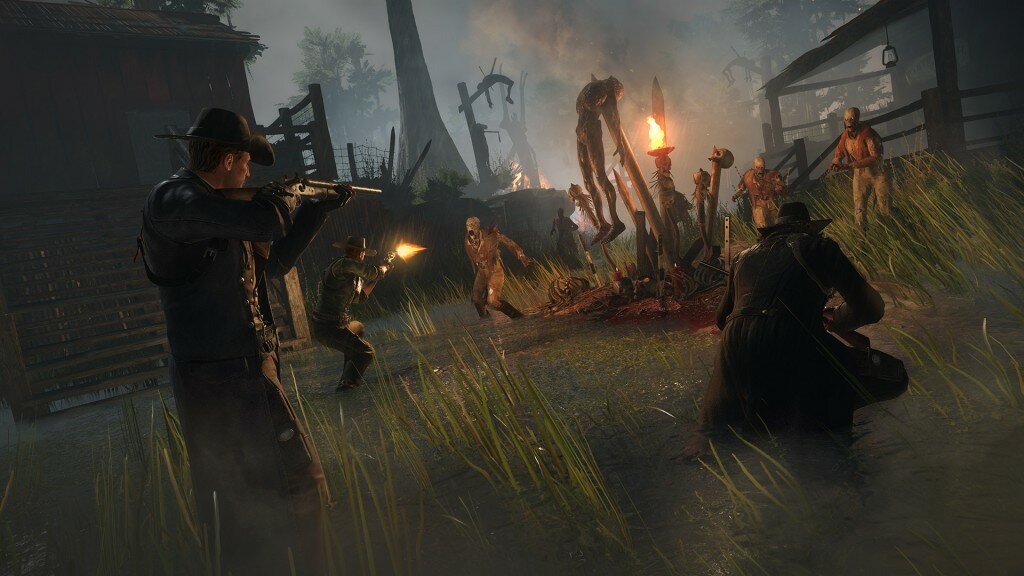 So where to from here? It appears that the game is still in development thankfully. It should be worth noting that Crytek received a juicy injection of cash, thanks to a licensing deal with online retail giants Amazon, signed this year. We didn’t see Hunt (sadly) at E3 this year, however I am holding out for an announcement at Gamescom this year. Which is in August this year, hosted in Germany, Crytek’s homeland.

Zach Jackson
Zach developed his love for gaming thanks to the Capcom games of yore, and as such has a penchant for the survival horror genre. He also has a proclivity to buy games and never play them, which has lead to one of the largest backlogs known to man. Outside of gaming he occasionally writes tap-delay riffs for his musical project, the midnight bloom and is an ardent sports fan that supports the San Jose Sharks, Carlton and Burnley FC. Get around him on Twitter @xackclaret

Homefront: The Revolution Getting Expansion Pass and Collector’s Edition