Commonly referred to as the grandfather of modern virtual reality, EVE: Valkyrie has been prominently featured in demo kits for Occulus Rift and PlayStation VR since they were originally announced. This dogfighting game takes place in the popular EVE: Online universe that developer CCP has crafted. The game has already released on Occulus Rift and the HTC Vive and has been generally well received by fans. So understandably I wanted to see what the fuss about. It was my last demo of the night as everybody was starting to leave. Knowing the demo only lasted for a few minutes, I decided to take advantage of the opportunity. 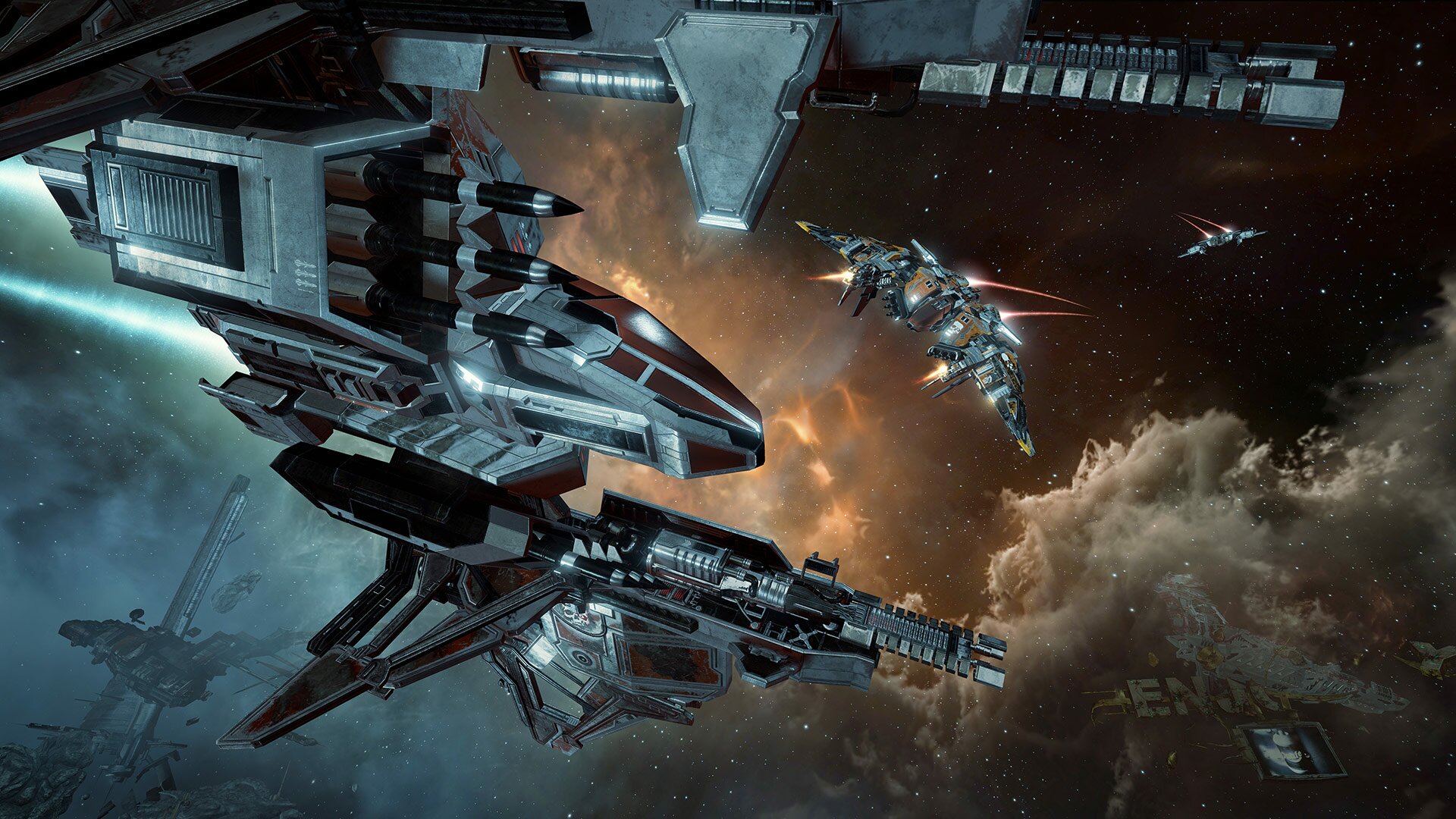 EVE: Valkyrie perfectly replicates the feeling of being in a cockpit

I am going to make a couple comparisons to the Call of Duty: Jackal Assault mission, which I also played through (you can read my impressions of that title here.

Firstly, the graphics are far better than in Jackal Assault; the details in the cockpit, the beautiful skylines as well as the sheer scale of it all is a lot more impressive. I played the demo using a Dualshock 4. While I do see the value in motion controls for VR games, the dualshock worked fine for simulating the cock-pit scenario. The usual system checks were done through an intercom. This was an opportunity to bring my attention to certain things within the cockpit. The detail of the cockpit itself was fantastic and looking above and around the gave a satisfying responsiveness that really put you in the space. However, my favourite part of the demo was when the intercom announced a countdown and then shot me into space. As soon as my warp drive kicked in, I had instant goosebumps and a smile on my face. 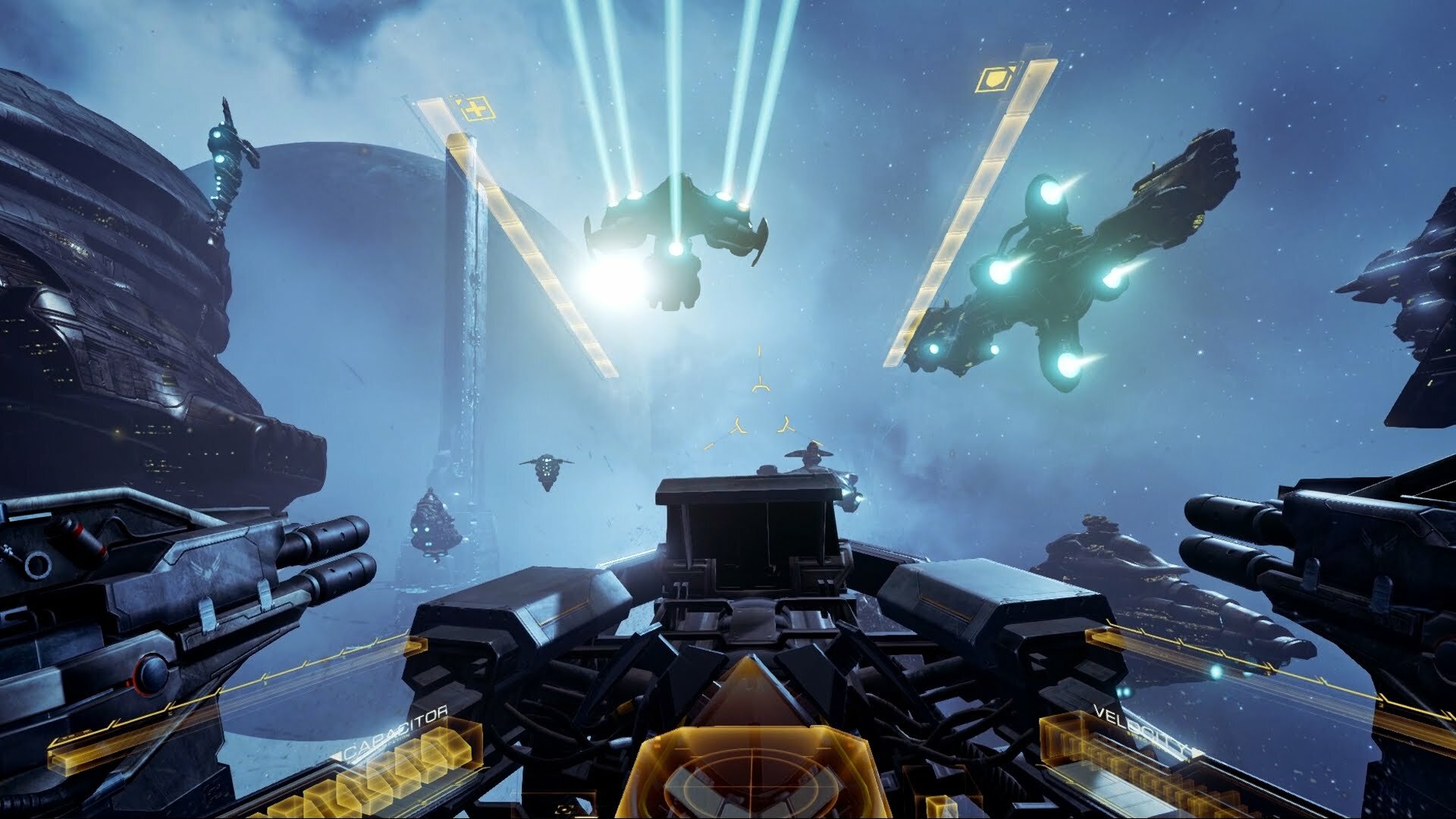 Launching into space for the first time gave me goosebumps

While I complained that the first half of the Call of Duty demo was boring, EVE: Valkyrie has a similar slow initial pace, but there is so much more going around to look at which makes it far more enjoyable. Flying under a space carrier and observing the scale is mind-blowing. The head-tracking aiming, which involves looking at enemies to lock targets, was also more responsive than the Call of Duty demo as well.

The action is as hectic as the Call of Duty demo, except it seems EVE: Valkyrie’s controls are more polished. This is understandable as this game has been around in one form or another for almost three years now. I am worried about how quick the novelty will wear off though, and the asking price is a bit high at $79.95. The fact Occulus Rift gets the game packaged for free brings up a number of questions, perhaps best discussed elsewhere.

EVE: Valkyrie is definitely a marvel that shows the power and wonders of VR. PlayStation VR will also get all the content, cross-play with Occulus/HTC and new modes for its launch on 13 October 2016. Remember that the free demo disc packaged in with the device will include EVE: Valkyrie, so give it a go before forking out the high asking price.

Do You Even Share, Bro?
EVE PS VR Valkyrie

20 PlayStation VR Games To Keep An Eye On

Multiplayer fun for the whole family

Do you welcome this trend?

Ash here with a message for all the adrenaline junkies that would rather stay inside - STEEP is look...[Read More]

Space pew pews may not be as unpopular as you think.

Celebrating the rich history of Final Fantasy with fans

They see me wraithin' they hatin'

PC & PS4 can finally get in on the free trial action

Adrenaline junkies who are too scared to do any actual outdoor activities are delighted to learn spe...[Read More]

To kill or not to kill, that is the question

Taking down the mob in style

Blizzard will convert you, heathens

Win A Copy of Watch_Dogs 2 For PS4

Score yourself a copy of Watch_Dogs 2 thanks to Ubisoft Australia