Continuing our fortnight countdown of PSVR impressions leading up to launch, I will be talking through my experience with one of Sony’s flagship titles: Driveclub VR. 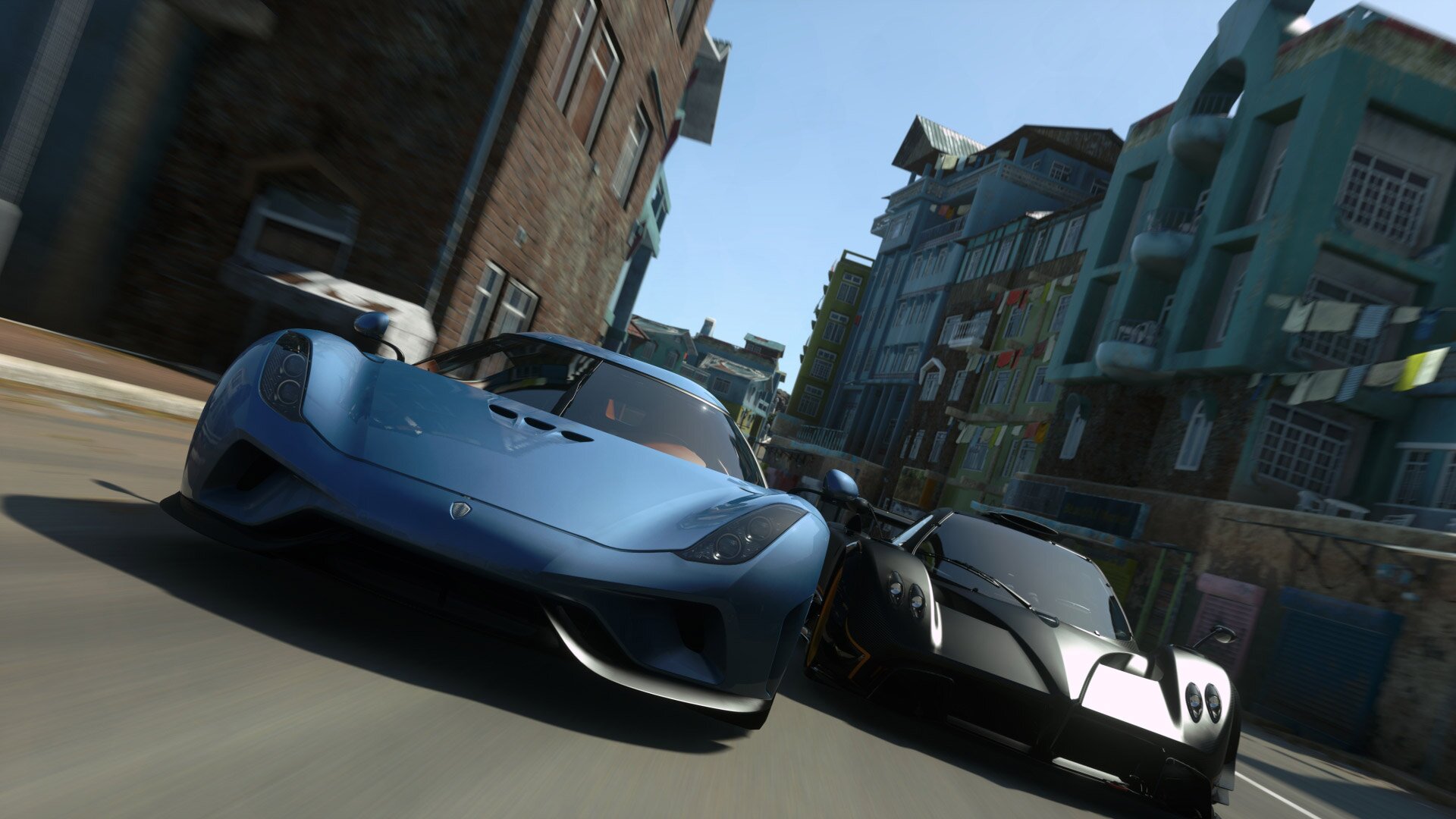 While the resolution is noticeable, the fidelity and detail put into Driveclub VR is impressive. How the PlayStation 4 runs this at 60fps is beyond me.

The Driveclub brand is in a weird place. It looks like a racing simulator but plays like an arcade racer, and the original PlayStation 4 edition missed its day one schedule to come out a year later plagued with bugs and issues. Nevertheless, Evolution Studios have supported this game more than most studios support their game with free updates, DLC and even a motorbike expansion. The stealth announcement of Driveclub VR in July and its price over the last week was also a strange move for a first-party launch title.

There have also been divisive impressions on the VR game so far. Some people are praising it for its immersion and scale and how fun it is to drive while others find the graphics to be underwhelming. I went in with no preconceived notions. So here are my thoughts.

I hate racing games with the exception of maybe less than half a dozen (Forza Horizon 3 just made the list!). However, it is the novelty of VR that has me particularly excited for Driveclub VR. Driveclub VR was the most prominent VR game at the EB Expo preview event I attended the night before its grand opening. There was a total of five stations all equipped with driving wheel and pedals. 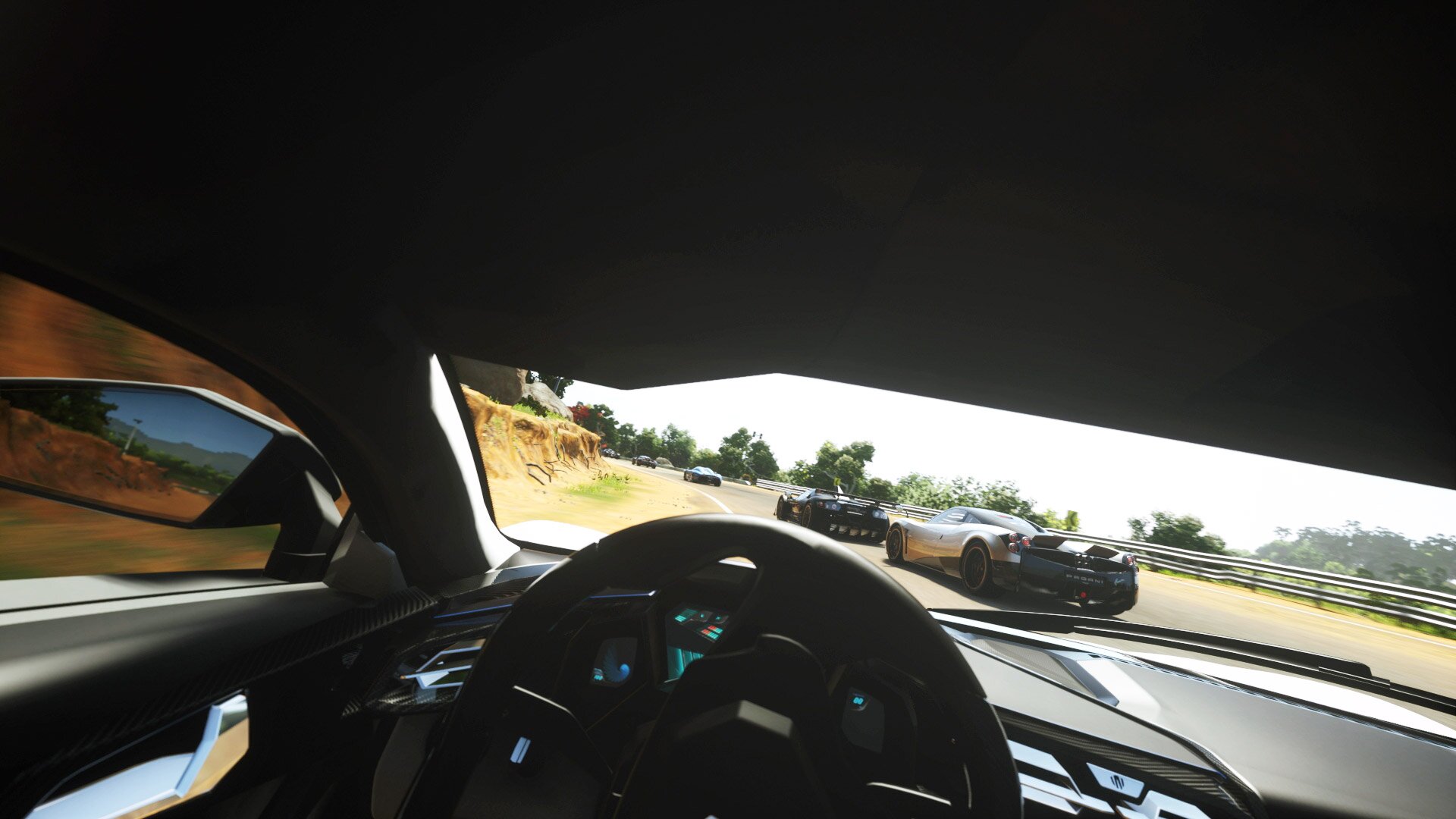 I was doing things I would never do in a traditional racer. Looking at my speedometer, effectively calculating upcoming turns and checking myself out in the mirror…

Now I just want to get this out of the way. The resolution of Driveclub is certainly noticeable. There is a tiny bit of a blurriness and aliasing apparent. Draw distances are a little smaller and there seems to be slightly less textures. However, the lighting, detail (especially in the car), environments and the actual graphical fidelity of the game are top notch. Resolution need not be the be all and end all, for instance Fallout 4 and Uncharted 4 run at the same resolution (1080p), but it was the graphical fidelity that set them apart. PSVR certainly has a lower resolution compared to the Occulus and Vive, but I think it’s the proprietary studios/engines that will give Sony games a higher fidelity than most VR games on the market.

Now let’s get to the racing. Before I took off, I was able to look around the interior of my car; the side mirrors, the back seat, the speedometer. It was fantastic. As soon as the lights turned green I took off. For the start of the race, I was concentrating on the controls. It is clear that Driveclub VR enables a lot of assists by default, because I was pretty sure I was driving like how I usually drive…. like a maniac. The force feedback of the wheel, the way the sun was glaring into my eyes, the way I was looking into my side and rear-view mirrors to check how far behind my competition was, judging distances to decide when I was going to hit the brakes and the way my body felt like it was moving with the vehicle around corners and hitting the competition out of the way was unreal. Hell, even spinning out of control as I took corners too sharp, felt exhilarating to say the least. I could not believe I didn’t crash (or was forced to reverse) once and I even won the race. I remember on the original Driveclub I could not even finish a race. I think especially at launch, having very user-friendly experiences is important for a new medium. 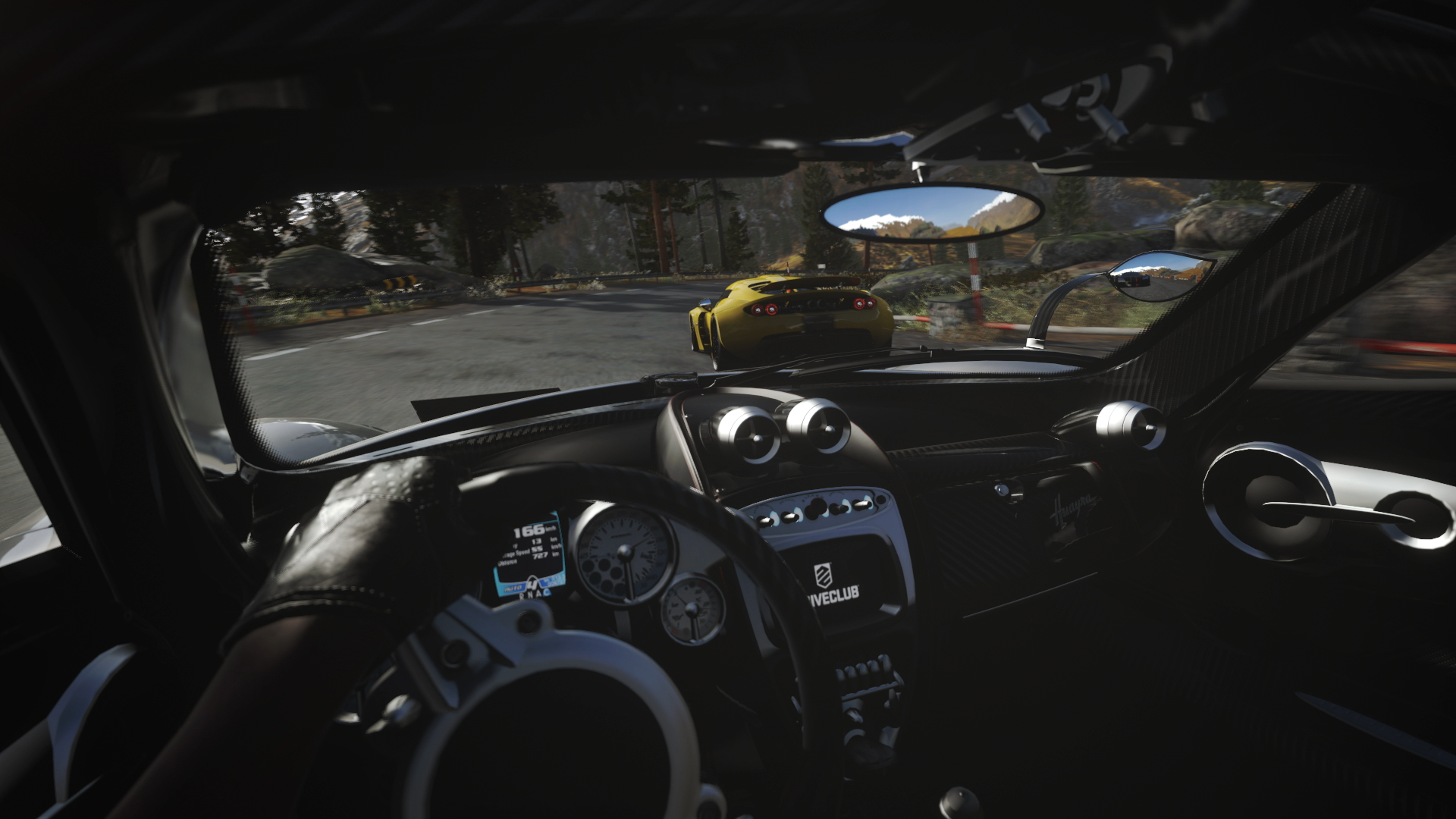 This picture is misleading… I actually surprisingly won the race!e

I think Sony are onto something here. Out of all the demoes I tried, Driveclub VR was the closest to simulating the real thing. The game has been announced at a launch day title for the affordable price of $54.95 AUD. Sony also announced recently that season pass holders of the original Driveclub are able to pre-order the VR edition at a discount rate. The game itself will include new urban tracks not previously seen in the original game, some fan favourites tracks and cars and an exclusive cruise mode and passenger mode. I think this is a great way to showcase VR to friends who might not be conditioned with video games but may want to sit in the passenger seat of a Ferrari. I personally think it’s one of the must-buys, but if you are still on the fence about it, Sony will be offering the game as part of their free launch day demo disc, which I assume will be packaged in with the same car and track as I played through in my demo.

Hands On With Call of Duty: Jackal Assault For PlayStation VR

Space pew pews may not be as unpopular as you think.

Celebrating the rich history of Final Fantasy with fans

They see me wraithin' they hatin'

PC & PS4 can finally get in on the free trial action

Adrenaline junkies who are too scared to do any actual outdoor activities are delighted to learn spe...[Read More]

To kill or not to kill, that is the question

Taking down the mob in style

Blizzard will convert you, heathens

Win A Copy of Watch_Dogs 2 For PS4

Score yourself a copy of Watch_Dogs 2 thanks to Ubisoft Australia

Your dreams of making Asuna your waifu are getting closer.